Yin yoga originates from an ancient Taoist tradition that involves balance, harmony, and the flow of nature

There are five elements and yin and yang, which is what yin yoga draws upon. It is considered a slow-paced style of yoga. Postures are held for considerable lengths of time – typically five minutes or longer.

Yin yoga was founded by Paulie Zink, a Taoist yoga teacher and martial arts expert in the late 1970s. 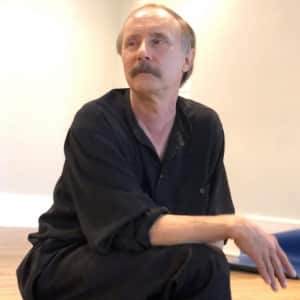 It is spread to North America and Europe by Sarah Powers and Paul Grilley who learned directly from Paulie Zink.

This type of yoga is designed to place moderate stress on connective tissues including tendons and ligaments. Also, yin yoga increase circulation throughout the joints, which improves flexibility. 🙌

The poses struck within this yoga style are also designed to improve gi, which is the flow of energy throughout the body. Chinese medicine has been controlling gi for thousands of years and is critical with acupuncture.

It is thought to improve organ health, emotional well-being, and enhance the immune system

Yin yoga as taught by Paul Grilley and others is meant as a complementary practice to other styles of yoga and exercise. The approach Paulie Zink takes is a full range of Daoist yoga and is a complete practice.

Depends on the yoga type you are seeking, you will want to pay attention to the form of yin yoga.

On the other hand, Sarah Powers develop her own form of yoga called insight yoga. This yoga featuring both yin and yang poses, creating a balance of slow-paced and active poses to provide many benefits to the body.

Essentially, there are postures of stillness designed to promote growth, clear energetic blockages, and enhance circulation. Typically, one will practice traditional yoga first and get familiar with the fluidity and grace of the body and begin learning about the standard positions.

Once a person has advanced enough...

Hatha yoga is based upon moving energy along the spine and into the chakra centers. Meanwhile, in yin & yang yoga, it takes on the Taoist style where energy is channeled down the spine, through the chakras, and then through the limbs to extend the life force beyond the body.

Often, it is referred to as moving the energies in the five directions – because of the five energies.

This form of yoga can be self-taught or be brought within the various yoga studios around the country.

As mentioned before it is imperative that you figure out…

…Whether this is a comprehensive form of yoga or whether it is designed to be used in conjunction with other forms of exercise and yoga.

There are many different postures and poses that you will perform when working with yin yoga. You will need to stretch your body and ensure you can hold poses for a considerable amount of time. The goal is to hold oppose for several minutes while maintaining a steady breathing technique.

The longer you can hold the poses and maintain steady breathing, the more benefits you will see. 👍